RED: Hey. L'Eggo my foot in your ass.

KITTY: Oh. Good morning. Oh, here, honey. I brought you something back from the hospital. A lollipop!

KITTY: Which is why I also brought you condoms (Eric and Red groan). Well see, we had a teenage mom come in, and it's just… Well, you know, I worry about you.

ERIC: That I'll get pregnant? You're not a good nurse.

KITTY: Now don't be a porky mouth. Oh. Here. Sexual health pamphlets (Eric and Red groan). I just want you to know that intercourse is a responsibility, not just a right.

ERIC: Okay, well, this couldn't be more uncomfortable (he gets up to leave)

ERIC: I was wrong!

Eric and Kelso are looking at some records. Hyde comes out of his bedroom

HYDE: Hey man. Red's been spot-checking my room again. I can't believe he still doesn't trust me. You know, that really hurts, man. I'm gonna need you to hide my stash (he gives it to Eric)

ERIC: Sure. I'll put it in my dresser under my Hong Kong Phooey socks. He can protect anything, because he's faster than the human eye!

JACKIE: Michael the most horrible thing just happened to me. My father found out we're back together. And if we don't break up, he'll never give me any money ever again.

HYDE: Wait. If you break up with Kelso, you'll be rich? Talk about your win-win.

KELSO: Hold on. He didn't know we were dating?

JACKIE: My dad thinks you're a bad influence on me, so I kept our love a secret. And now I have to decide between you and money.

DONNA: Hey, let's take a poll. Who thinks Sophie should keep Kelso? (nobody does anything) The money? (they all raise their hand)

JACKIE: You guys, this isn't a joke.

JACKIE: How do I choose between something that makes my whole life complete and you?

KELSO: Well I don't know baby, but I love you.

JACKIE: Yeah aw! Okay. Now get a job, because I need a ton of money.

Hyde, Eric and Donna are sitting at a table. Fez walks in with a guy

FEZ: Guys I would like you to meet Point Place's new foreign exchange student, Tomas.

TOMAS (to Donna): Hello pretty lady with eyes like the sea.

DONNA: No. Which sea?

TOMAS (to a girl that walks by): Hello.

FEZ: What, are you crazy? That's Nicole Mayzell. She's way out of our league.

TOMAS: Oh. Then we must be in different leagues because I just had sex with her last night.

FEZ: This is outrageous! The closest I have come to sex was when the football team pinned me down in the shower and made me kiss my own ass!

ERIC: Hey um, if you think that's close to sex then you're gonna be delighted with actual sex.

DONNA: Yeah Tomas, you should stay away from the football team for a while. We wouldn't want a cutie like you to get hurt.

FEZ: What? Oh the room is spinning! How did you do all this?

TOMAS: I have delightful accent.

TOMAS: Yes but a nerd with an accent is still a nerd. Now good day, sir.

FEZ: He stole that from me.

The radio is playing. Red and Kitty are in bed. Red reaches for something in his drawer

KITTY: Out? I am home one night this week and you're out?

RED: Hey don't look at me. You had a whole bag of'em, and you wasted 'em on Eric! He's probably down there making balloon animals.

RED: Well couldn't we just, uh... You know, I mean, really, what are the chances?

KITTY: OH! We could have a change-of-life baby!

Red sneaks in and looks through the drawers. Eric and Hyde come in; all three of them stare guiltily at each other.

RED: It's late. We'll talk about this tomorrow (he leaves)

ERIC: Oh, my God. My sock drawer. I'm dead! He found your stash! Do you know what this means?

HYDE: Yeah. I get your room and you get sent to military school.

RED: That's not funny. I'm a grown man. I don't go rummaging around in teenage boys' drawers looking for... things.

RED: That word is forbidden!

Tomas is sitting at a table with two girls, laughing. Fez and Hyde are watching from the side

FEZ: Look at that foreign bastard cracking up the whores.

FEZ: Hey if I pretend to say something funny, will you laugh?

FEZ: That Tomas is shady. But have you noticed he never says what country he's from?

HYDE: What country are you from?

FEZ: What country are you from?

ERIC (sticking his around the door): Psst. Mom. Is Dad around?

KITTY: No, I think he's upstairs.

Eric runs in, takes a sip of his orange juice and takes an freshly boiled egg

RED (Sticking his head around the door): Psst! Kitty, Eric around?

KITTY: No. He just left.

RED: I know that.

RED: I just have to avoid him till he goes to college. What's that like, a year? I can do that.

Donna is reading on the couch. Jackie is pacing around

JACKIE: Michael I'm broke. I had to buy generic hair conditioner. And now, I have split ends.

KELSO: Oh no one is gonna notice that, baby. They'll all be looking at that monster zit.

JACKIE: I have to ration my cover-up. So find a job already!

KELSO: I'm tryin', okay? It's tough out there. I just had an interview at that new store in the mall, the Cheese Palace.

DONNA: Where curd is king?

KELSO: The very same. They're hiring a new cheese maiden, you know, to hand out the samples. But I didn't get the job 'cause they want a girl.

KELSO: Thank you! Man, but the manager wants an actual girl…. you know, with boobs and stuff.

DONNA: Hey, you know who's an actual girl with boobs and stuff?

JACKIE: Oh Donna, you don't have to get a job just for me.

DONNA: I was talking about you, pimple chin.

KELSO: Hey, is that a blackhead?

Jackie is handing out cheese samples

HYDE: The floor's real shiny and I see your heinie.

JACKIE: My God, this job is awful!

DONNA: Are you sweating? I mean, is work making you sweat?

JACKIE: No. I'm glistening! It's glisten!

KELSO: Whatever it is... Yech!

JACKIE: Look, Michael the only reason I have this job is so that you and I can be together. All you've done for our love is sit in a basement eating Fritos.

KELSO: Well, for your information if I send in empty Frito bags I get a free remote-control car which I was gonna give to you after I played with it only a little. Now, that is love!

Hyde is sitting in his chair. Fez is pacing around

FEZ: Tomas! Tomas! Tomas! What I have to do is show everyone that I am cooler than Tomas. You know I once saw the Fonzie do something on TV that just might do the trick...

Fez is wearing a leather jacket and a swim suit. The gang is standing behind him, also dressed in swim suits

FEZ: I am now going to jump over a shark on water skis to prove that I'm the coolest foreign exchange student in Point Place.

ERIC: Fez, you jumped that shark, and you're not even wet.

FEZ: So, what do you think?

HYDE: Not only is that the worst idea I've ever heard it was the worst moment in television history.

FEZ: Yeah, you're right. I stopped watching after that episode. Tomas!

Later, Eric, Hyde and Kelso are hanging out at the basement

ERIC: This is freaky man. Red hasn't said anything about the stash which can only mean he's gone to the much-feared stage: beyond yelling. He's gone Darth Vader, man.

KELSO: Or... instead of Red snagging you maybe you snagged Red... dipping into Hyde's stash! I'm just sayin', everyone's tryin' it.

HYDE: I guess Kelso's right. Everyone is trying it.

Back in the here and now...

ERIC: Kelso, that was delightful. But the only part you left out is where Red kills me!

HYDE: Forman, it was my stash. I don't wanna leave you hangin'. But I'm gonna. So good luck in military school.

Fez is driving. Hyde is in the front, Tomas is the back

FEZ: Well, the wait is over. We're here. Now hop out, you crazy son of a gun.

HYDE: This is the Michigan border.

FEZ: Well, what do you know.

TOMAS (outside the car): So where is Lake Dill-hole?

FEZ: Oh, it's right there behind the Get Bent Memorial. So get bent, dill-hole!

Fez drives off, leaving Tomas behind

FEZ: Thanks. I learned from the best.

HYDE: Thanks. I would've taken his clothes.

FEZ: That's why you're the king.

Jackie is still handing out samples

JACKIE: Oh my God. This is awful. Michael, a few minutes ago, I smelled stinky cheese... and it was me! Look I'm sorry. I love you, but I can't do this.

JACKIE: God, will you shut up! Look, I am not cut out for work. I'm cut out for having rich people give me things.

KELSO: But you got a job for me. I mean, doesn't that make you satisfied?

Jackie's boss hands her a check

KELSO: So we can stay together!

JACKIE: Yeah, and I can still be rich!

Red is standing near the counter, so is Kitty. Eric walks in

ERIC: You can't make me join the army, okay? I'll cut off a toe!

KITTY: Okay, okay. We are just gonna clear the air. Right now. Now, Eric, the other night your father and I were getting intimate (Red and Eric groan) and we realized we didn't have any protection.

RED: For hugging. We just… We hug.

KITTY: So your dad went to your room looking for one of those condoms I gave you and you caught him, and he has just been so embarrassed ever since.

RED: Yeah, condoms. What did you think it was?

ERIC: What did you think it was?

KITTY: For a week.

RED: Hyde too. Whatever was in that drawer that you didn't want me to see, I'm sure it was his.

ERIC: Fine. No complaints here. Thank you (he leaves)

KITTY: You suppose there was actually something in that drawer he didn't want us to see?

Jackie is talking to her boss

JACKIE: I know in orientation we talked about theft in the workplace so I would like to report a theft from my check. Now, I don't know who FICA is but that bitch stole like 10% of my money. Also, now, I don't know if you have this key in your typewriter but when I write ''Jackie,'' I like to dot my ''I'' with a smiley face. Also now, I put this in the suggestion box, but… You have something hanging from your nose. Oh and I want Saturday off. Thank you. Bye. 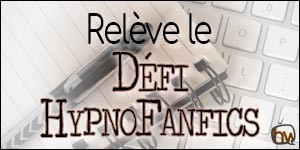 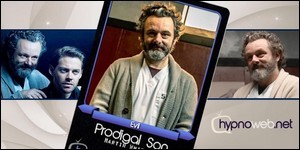