Red and Kitty are having breakfast. Hyde, Fez and Kelso come in

KITTY: Hello, boys. You're up bright and early this morning.

KITTY: Oh, Red, remember how we used to take Eric there when he was little?

RED: Remember how I used to get on the roller-coaster with him and then, just before we took off, I'd jump out and wave good-bye? Boy, did he scream.

KELSO: Super fun! And we figured Eric could use some fun, you know, since he and Donna broke up.

FEZ: That's funny. I heard Eric was the one who dumped Donna.

KITTY: Well, Eric must be just a wreck.

Eric is in bed. The radio is playing the sing "All By Myself". Eric changes the
station, but that only gives him the same song. He changes the station again, same song.

He knocks the radio off the table, it breaks, stops, but then it continues to play "Oh Donna"

Eric is in bed, the gang come in

HYDE: Come on, Forman. Get out of bed.

FEZ: Yes, we have to go to Funland before all the fun is gone.

Hyde and Kelso look at each other, grab Eric and drag him off the bed. He crawls back on again

HYDE: Geez. Forman, man, snap out of it. So you had one of the hottest chicks in Point Place and you blew it. Could be worse (chuckling) no, it couldn't.

KELSO: I mean Eric, it's not all bad. I mean think about Bob being your father-in-law. That guy'd be in all your wedding pictures.

HYDE: Fine. If you're not going with us, we'll stay here with you.

KELSO: We're not going to Funland?

Hyde hits him in the arm. They all sit on Eric's bed. Fez reaches out...

ERIC: Hey, buddy, can we not talk? Thanks.

HYDE: Fine. We're going to Funland (they all get up)

FEZ: You know what? I'm glad you are not going to Funland because you will suck the fun right out of it. And then...and then it would just be called ''Landland.'' I'm sorry. I'll get you a candy apple, okay?

Red is reading the paper, Kitty comes in

KITTY: Okay, okay, I got Eric out of bed. He's on his way down. Now remember, don't say anything about Donna. He'll talk when he's ready.

RED: Gee, Son, you look like you've just been dumped.

ERIC: I wasn't dumped, okay? We broke up.

KITTY: Do you want to talk about it, honey?

KITTY: Okay. Are you sure?

KITTY: Okay. Let's not talk. Ahahaha! Eric, you are a handsome young man with a lot to offer.

KITTY: No, no, no. Not until you eat. You look like you haven't eaten for a week.

RED: Oh, come on, Kitty. He always looks like that.

KITTY: Well, maybe so. But he won't have the strength to get over Donna if he doesn't eat.

ERIC: AARGHH! Fine! I'll eat. Just no more talking about Donna. For one minute, I'd like to not... think about Donna.

Eric takes a spoonful of cereal, then looks at the spoon. The cereal spells
"Donna". He grunts and walks off

KITTY: Red, you should go talk to him.

KITTY: Because I don't really know how to mend a broken heart. I've never been dumped.

RED: Oh, I don't believe that.

RED: Well, there are certain things about you that are annoying...that other people might not have been as tolerant of.

JACKIE: Okay Michael, we have to stay together. Every time we come here you get lost.

JACKIE: Michael, what are the rules?

KELSO: Uh, no hitting you from behind with the bumper cars.

KELSO: And no riding the goats at the petting zoo.

JACKIE: And? (he doesn't answer) We have to stay together, Michael!

KELSO: Fine! (he looks around) Balloons!

WOOFY (putting his arm around Hyde and Fez): Hey there, kids! I'm Woofy, the Funland Dog, and I'm here to make sure that you have fun, fun, fun! (he pets Hyde on his head)

WOOFY: Oh. Okeydokey. Well, I'm going down to the saloon to look for the guy who shot my paw.

JACKIE: Okay guys, we gotta pick a place to meet in case we split up. How about the corner of Fun Street and Fun Boulevard? I mean, that should be easy enough for even Michael to remember (she turns around) Michael? Great. Now we'll never find him.

FEZ: Sure we will. All we have to do is show people his picture, and they'll help us find him.

HYDE: You have a picture of Kelso in your wallet?

FEZ: Of course. I carry pictures of all my friends.

JACKIE: You're friends with Nipsey Russell?

Red and Kitty are standing outside Eric's bedroom

KITTY: I know he's in there. Go talk to him.

KITTY: Fine. But when I broke up with Archie Wilkins, he lived with his parents until he was 40.

Red comes in, Eric is still in his bed

ERIC: Dad, I'm really not in the mood for conversation.

RED: Good. Then I'll talk and you listen. I ever tell you the story about Larry ''No Foot'' Mulligan?

ERIC: Well, I can guess. He had no foot?

RED: Larry was a buddy of mine who lost his foot during the war. And then, on his way back to the States ol' One Foot, at that point we were calling him One Foot, had his ship go down and a shark ate his other foot. But he made it all the way back home. And do you know what happened to him when he got here?

ERIC: He overcame his handicap and ironically, became a shoe salesman?

RED: No. His girlfriend dumped him.

ERIC: Well, thank God it had a happy ending.

RED: Look, the point of the story is you've got both feet. You'll be fine. Now, put some shoes on, go on down and trim the hedges.

Fez is trying to find Kelso

FEZ: Hi. Have you seen him? His name is Kelso (the mime-player does his "box"act) Kelso's trapped in a box?

HYDE: Now check out the back.

JACKIE walks up to them: I tried to look for Michael, but I can't see over the crowd. I wish Donna was here. She's a giant.

JACKIE: Well, we still have to find Michael. What time is it?

WOOFY: Did someone ask what time it is? Why, here in Funland, it's always ''Fun o'clock!''

HYDE (interrupting them); Yeah, yeah, thanks a lot, you morons!

Hyde, Jackie and Fez walk off. A little later Kelso walks in

KELSO: Hey, you guys wouldn't happen to know what time it is, would you?

BARBERSHOP QUARTET: It's always fun o'lock in Funland, we're ready to... (rest of the song is drowned out by Kelso yelling OH YEAH and ROCK ON as he starts to dance to the tune)

Eric and Red are trimming the hedges

ERIC: I thought we were in love.

ERIC: And then it all just blows apart. And all that's left is this big hole, you know?

RED: Uh, no, I don't. Oh! But there is a gopher hole out back. And if you shove the hose down and flush him out I'll stand at the other end and hit him in the head with a shovel.

RED: Thanks. Thank you (he runs off)

Donna and Bob are cleaning up their garden

DONNA: No Dad, I don't want to talk about it. You know, we were happy. But he had to push me. He had to define everything and get his little ring on me. And by the time it was over, we weren't even together anymore. I'm fine.

DONNA: I know, I know. Put the bags on the curb.

She walks to the hedge and runs into Eric

ERIC: Well, what do you have to say to me?

DONNA: You are wrong, you dill-hole! (she walks off)

Red comes in, in his Price Mart uniform

RED: Oh, geez! You were outside. You were happy. Why are you back in bed?

ERIC: Well, I guess all that fresh air got me thinking that I'd rather be in bed.

RED: Oh, and, uh, you don't have to worry about that gopher. It's as dead as you and Donna (he laughs, then looks at Eric) Too soon, huh?

Fez is wearing a Woofy head, Hyde is carrying a bear and a big lollipop. Jackie is
wearing a tiara

JACKIE: I can't believe you two. Poor Michael is lost, and all you've done is gone on rides and have fun (a princess walks by) Oh, my God! Oh, my God! The Funland Princess! (she runs after her)

HYDE: The Funland Princess? I haven't been on that ride yet.

Kelso is in the lost&found, next to two little boys

KELSO: So, I figured this is the lost and found and I lost my friends so they're bound to show up here sooner or later. Right? I miss my friends.

Red and Eric are back from work. Kitty is making dinner

RED: Hey, how about that new cashier at work? Not bad, huh? Single too.

RED: What? Is it the braces?

KITTY: Well you know what helps a fella get over a gal? Pimiento loaf. Ahahaha!

Eric opens the sandwhich to put mustard on, but sees Donna's face on it. He
walks off

KITTY: What happened here, Red? I thought you were gonna help him.

RED: Kitty, I yelled at him all day. I don't know what else to do.

KITTY: Well, how did you get through your first breakup?

RED: What's to get over? It happened. I took it like a man.

He thinks back, we see a young Red sitting in a car

YOUNG RED: She was the best thing that ever happened to me. Oh, Eloise. Oh, Eloise! (sobbing) My life is over! (he cries really hard)

Jackie, Hyde and Fez walk out of the House of Mirrors

JACKIE: That was the House of Mirrors? I have more mirrors than that in my purse.

FEZ: Why is everyone leaving?

WOOFY: Did someone ask what time it is?

HYDE: Yeah, we know. It's fun o'clock. Get killed.

WOOFY: No, it's closing time, kids. Time for you to go (he pushes them)

FEZ: But Woofy, we still haven't found our friend.

WOOFY: Yeah? Well, golly gee, that's just too... (normal voice) Come on! Get out! (he sees Jackie) Except for you! Wrroooaarrr!

JACKIE: Okay now what about Michael?

HYDE: Look, there's been lost dogs who've traveled hundreds of miles to be reunited with their families. Now, Kelso is not as smart as that but I'm sure he can make it the 12 miles back to Forman's.

Red and Eric are having a beer

RED: So, me and this girl Eloise were together for a while. Everything was great. But when things started getting serious, she dumped me. Man, that... that hurt like hell.

ERIC: Did you cry?

RED: Listen, I'm gonna give you a few days to pull yourself together. You can stay in bed and sleep. Watch TV. Whatever you need to do.

ERIC: Thank you, Dad. And, you know not that it matters, but Donna didn't dump me. I broke up with her.

RED: Whatever you need to tell yourself to make it better.

Kelso is in the back of a car, with the boys from the lost & found

KELSO: Thanks a lot for the ride, Mrs. Anderson.

KELSO: My name's not Einstein. It's Kelso. And, yeah, I'm gonna eat it.

The other boy spits on his ice cream

MRS. ANDERSON: Get out! (she stops the car)

KELSO: They started it!

KELSO: It's not Einstein! It's Kelso! 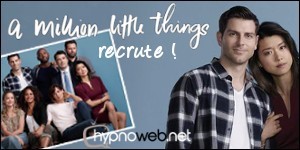